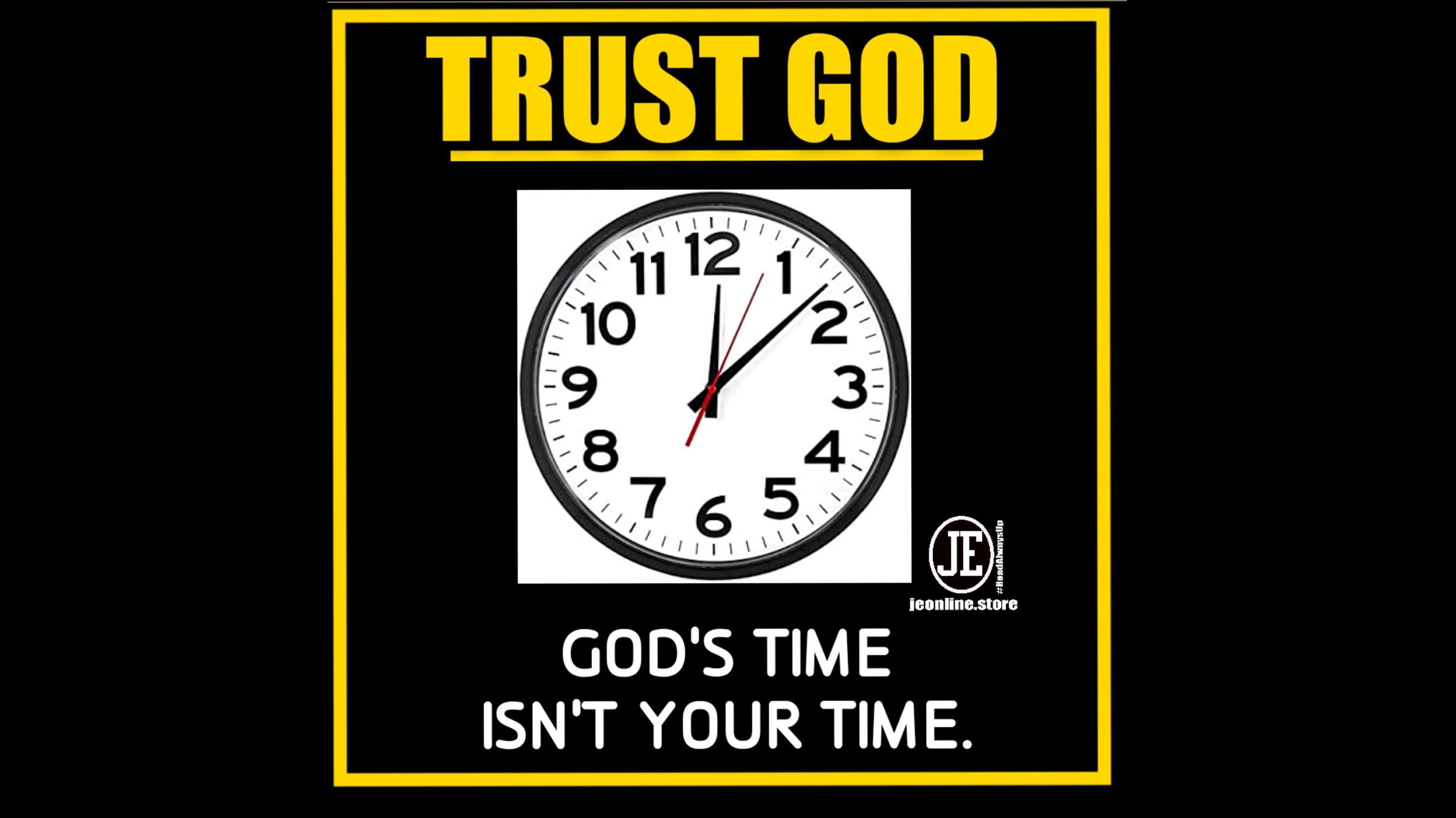 Do you ever find yourself with mixed emotions and thoughts when times get hard... and you're trying to wait on God?

You wonder.. What's going on in your life?.. Is God going to do it?.. You're trying to hold on and trust in Jesus Christ. But your reality isn't matching what God promised you.

It's ok to question God. It's like when you were younger traveling on a long trip with your parents. After awhile you grew impatient.. antsy... You just wanted out of the car now. So every 5 seconds you asked your mom, "Ma, Can I go to the bathroom?.. Are we there yet?.."

We do the same to God, but sometimes we fail to take an honest look at ourselves and understand that God knows what's best for us and there's a reason He may delay the promises.

Sometimes it's because you're not ready. If you got everything right now, you wouldn't know what to do with them. You would squander your blessings. It's not time yet.

So this is the time for preparation and growth. To grow and mature so that you'll be able to handle what God is going to do in your life. It's sort of like building bigger barns to put God's blessings in.

Hidden amongst the blares of the sheep, was the young shepherd boy David. Still in awe, thinking about how God helped him to kill a bear and a lion.

He was interrupted by his brothers. He could sense the urgency, as they rushed him inside. The prophet Samuel wanted to see him.

Once he entered the house, he could see the looks of confusion and disdain as his brothers looked at him.

But God saw him differently and said to Samuel, "Arise, anoint him, for this is the one!" (1Samuel 16:12) He was anointed king of Israel.

You would've imagined life dramatically changed for David who was anointed to be king at 17.  But it didn't..

Instead his life took a major turn for the worse. Especially, once Saul found out he would be the next king. He was jealous. He hated him and tried to kill him.

He had to go in hiding and on the run from Saul. He was hungry and homeless. He lived in caves. He was always at war with the Philistines and his many other enemies. He was rejected. Betrayed. He even pretended to join the Philistine army and fight against Israel.

David didn't become king until he was 30.

What would have happened if David would have tried to force the issue?.. Enforces his right to become king because he was anointed at 17?

He would have failed miserably. Because he wasn't prepared. He was inexperienced. Too young. Plus, Saul was already King.

During his time of preparation and wilderness, David learned how to obey, rely and trust in God. He was promoted and became captain over the army of Israel. He learned how to make war. He was promised an everlasting kingdom. Jesus Christ was born through the lineage of David.

So what you may look at as delay or God holding back your promises is only your opportunity to draw closer to God. Learn how to obey, trust and completely rely on Him. This is the time to develop your gifts and abilities.. Find out who you are in God. Your purpose.

God's time isn't the same as your time. His ways aren't your ways. His thoughts aren't your thoughts. God knows the perfect and right time to bring you to your promises.

But when the fullness of the time had come, God sent forth His Son,.. (Galatians 4:4)

8 For My thoughts are not your thoughts,

Nor are your ways My ways,” says the Lord.

9 “For as the heavens are higher than the earth,

So are My ways higher than your ways,

Previous Post Christian Stand Boldly Against the Coronavirus: Jesus is Coming Soon
Next Post Jesus Loves You
0 items in your cart